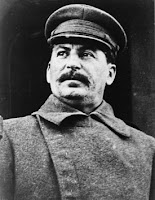 Explanation is not exculpation.  To empathize is not to sympathize.  I teach some rather unpleasant humanities courses at a state university: genocide, terrorism, epidemics.  The unrelenting search for truth into what makes people tick necessarily requires one to relinquish presuppositions and suspend moral judgment; otherwise, the observer unknowingly alters or even distorts that which is being observed.  So understanding genocidal dictators and terrorist masterminds requires a willingness and a creative empathy to get inside their minds as much as possible.  Terrorist expert Jessica Stern, in her book Terror in the Name of God, describes her efforts to understand violent extremists as "a kind of vicarious introspection."  Seeing evil through the eyes of the evil-doer is easier said than done.  Our repulsion at their heinous acts hinders such an act of academic discipline.  Understandably, students feel uncomfortable at times when explaining the various factors–family, culture, social mores, etc–that influenced the way these reprobates turned out the way they did.
We have a tendency to label our enemies as demons or lunatics, when a more objective viewpoint would see these individuals as rational actors who operate as much from pragmatic considerations as from utopian (or dystopian) ideologies.  In our criminal court system we make allowance for insanity, temporary or permanent, as a causative factor for crime, especially those crimes far outside the bounds of social norms.  So be it.  But we’ll never understand evil acts if we simply view them through our familiar interpretive grid, that is, our unchallenged presuppositions.  We’ll have only confirmed what we believe and be none the wiser.  True, there’s sometimes a fine line between explaining something and exculpating something.  For example, movies or documentaries that attempt to humanize historic villains like Hitler and Osama Bin Laden—to present them as multifaceted individuals—might appear to sympathize with them, but this isn’t necessarily the case.  Sometimes it depends on the intent of the author or filmmaker.  Efforts to present evil acts and their perpetrators in a broad context might be fraught with misunderstanding and pitfalls, but the students in my classes usually seem up for the challenge.
Posted by Der Viator at 10:47 PM