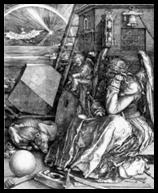 What I am about to discuss with you here is surely something you’ve pondered in your heart of heart from time to time—some of you more than others. Like thinkers time immemorial I too thought I posssessed the answer to life’s meaning in my younger days, only to find later that I had too readily accepted prescribed “truths.” That which I had constructed—a providential God at the helm of it all, a self-enclosed universe that centers on the human species, an ultimate good and evil that has consequences in a hereafter—would gradually collapse, leaving only the scaffolding behind and making me painfully aware that I had drawn my materials largely from culture and religion, that is to say, from without, not within. I say painful, for I became ever more cognizant that the sages, saints and sophists of old were nothing more than self-interested mammals like me trying to figure out the “endless enigma” (to quote Emerson, Lake & Palmer) and hoping for an ideal reality beyond mere earthly existence.
We come into this world without CliffsNotes, neither a road map nor a blueprint, asking the question as to why we’re here and either pulling out answers from our arse or, for those of you on the path less traversed, living consciously and vexingly without an ultimate purpose to guide you along. And to make matters worse, life is so tenuous. There’s no guarantee that you won’t be snuffed out at any time. A heart attack, car accident, or a murderous thug could be around the corner and you have no control over it. Whatever knowledge you’ve gained, whichever choices you’ve made, wherever your searching has led you, it’s all for naught in one fell swoop, unless of course you hold like Hamlet that a “divinity shapes our ends.”
People seek out God in different ways. Some try to work out a theological framework that makes sense for them, even as they align their “airtight” system with ancient texts that purport to be divine revelation. Others search high and low for evidence of supernatural occurrences. For my part, I’ve explored the topic of evil as my avenue of approach, to use a military term. But my objective isn’t to besiege a city or take the high ground. I was hoping to find God in the Holocaust or Rwanda or Cambodia, because if God is God, that is to say, an omniscient, omnipotent and benevolent being, than God would be present amidst the worst episodes of the human drama.
Initially, I had the perversely comforting thought that there was a pure evil out there in the world, a Satan, if you will, some force that is beyond our comprehension perhaps, but a real force nonetheless. We need ghosts and goblins as much as angels and prophets. Satan was a comforting idea, for where the devil lurks a holy and just Creator would ultimately be in control keeping the naughty archfiend in check. A funny thing happened on the way to heaven, though. Darwin and doubt dispersed my devils and demons. The only real thing to fear is not fear itself, and certainly not Beelzebub, but the prospect of natural disasters and egocentric humans in an amoral world. Sometimes these evils combine. To wit, the BP oil disaster in the Gulf of Mexico that will eventually destroy the pristine beaches and emerald shoreline of Alabama’s coast—the same coast my family enjoyed last month.
I’m not an atheist and probably never will be. I say probably only because I’ve learned in this business of contemplation never to say never. But if I’m settling into agnosticism, as I suspect I have for years, then I want to counter dogmatism on both sides: You can’t definitively say there is a God and, Richard Dawkins and Christopher Hitchens notwithstanding, you can’t affirm a belief in a non-existent God. Apart from the committed dogmatic atheist, all of us, I submit, live in this state of unknowing, despite our Sunday affirmations and mountaintop experiences.

That’s why Der Viator is a wayfarer. Sadly, I don’t know whither the path leads or whether it leads anywhere at all. If you’re spiritually inclined and yet feel adrift in a sea of uncertainty, I would recommend that you read, say, William James’ The Varieties of Religious Experience or Leo Tolstoy’s Confession. Better yet, read Hamlet’s soliloquy “To be or not to be.” It won’t take you long to read it and unlike life it does have CliffsNotes. For those of you who have little time or proclivity for reading words on a page and are schooled more in popular culture than literature or history, I have a fun assignment for you. Listen to Missing Person’s “Destination Unknown” or Kansas’s “Carry on My Wayward Son.” Poets, musicians and your own heart tell you that life involves a road and a destination, though the former will be hard to identify and the latter will prove elusive.

When I was a junior in college I took a literature course on John Milton. The professor had us read two texts: Paradise Lost and Samson Agonistes. Hopefully I’m not Satan, but “paradise lost” resonates with me deeply.  In Milton’s hands, Samson, blinded and imprisoned by the Philistines, sought God’s guidance desperately in the darkness of his circumstances. Similarly, I agonize over the meaningless and despair that envelope me. Like Milton’s Samson, I'm a blind man in a Greek tragedy trying to unloosen his chains.
Let us finish this pathetic soliloquy of my own with Albrecht Dürer’s 1514 engraving pictured at the top. Hands down, Dürer is my favorite artist of all time. Perhaps that’s not a revelation coming from someone who’s spent years studying the German Renaissance. I’ve visited his house in Nuremberg and have a dozen mongraphs about his life and work sitting on my bookshelf. I’ve always found the iconography of Melencolia I particularly intriguing. Art critics have debated the exact meaning of the winged Melancholia and the other objects in the scene. It’s likely, though, that Dürer wanted to convey the melancholy that results when human ingenuity and creativity, when our efforts to explore the mysteries of the universe, are stifled by our intellectual insufficiency and the constraints of time. Dürer is working with certain motifs of his era. The theory of the temperaments, based upon a pseudo-medical theory stemming back to Galen, is at work here, as is the purported astrological influence of Saturn.I don’t purport to know exactly what’s going on in the picture, but I’ve certainly consulted the many art historians who’ve weighed in on it, Erwin Panofsky above all. The disconsolate figure of Melancholia sits wide-eyed amidst objects of science lying about in disarray around her.  In the background looms an unexplored universe beyond the horizon. So many questions and so little time inevitably lead one to melancholy

Agnosticism is not a comfortable place for me. Who can blame anyone—theists and atheists alike—for trying to affirm anything about life’s meaning? It’s the source of my melancholy. I don’t suffer from a lack of serotonin, nor do I need cognitive behavioral therapy. Alas! Not knowing whether there’s a purpose to it all and realizing that time is running out is an ailment of the soul that no anti-depressant could ever alleviate.
Posted by Der Viator at 11:00 AM