Ideologies and their Flawed Adherents 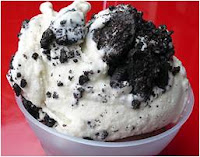 I gauge the truth or validity of an idea, worldview, or movement on the basis of its truth claims.  Do they make sense?  Do they accord with science or otherwise resonate within the realm of possibility?  You’d be hard pressed to find a thinking person who does not operate in this rational way when determining something’s veracity. Yet people have different initial or kneejerk reactions to an ideology before they take into consideration all of the necessary factors in ultimately rejecting or accepting it. For some, the personal example set by the proponents of an idea carries more weight for them than the content of the idea.  Let me give you an example.
I’ve had discussions about Christianity with a couple good friends of mine, John and Andy, who like many Americans today are wavering between faith and agnosticism.  Both of them, I might add, are relationship-oriented people.  I’ve deduced from the way they phrase the issues that their acceptance of Christianity seems to hinge mostly on their perception of Christianity’s practitioners.  That is, one of the two emphasizes the wonderful Christians who evince love and kindness toward their fellow human beings.  The other notes with justified disdain the countless examples of Christian hypocrisy and intolerance.  I’m not saying that the behavior of adherents to a movement do not influence my own thinking.  I mean, if it appeared that most Christians are just as self-interested as the rest of humanity, how could Christianity be the transforming, transcendent experience that it’s supposed to be?  Still, I look first to the doctrinal claims of Christianity and try to determine whether they square with science and conventional views of morality and ethics.  Why?  It's not so much that I'm analytical; rather, it's because I’m a goal-oriented person.  The thoughts behind an ideology come first to me, the people who practice these things second.

My wife, for instance, has serious issues with Mormonism.  I’m also not a fan.  It’s one of the most preposterous, asinine religions out there, frankly.  (I’m aware that atheists think all religions are ridiculous, but Mormonism is surely one of the most patently false religions on the hierarchy of absurd faiths.)  Golden plates left by the Israelites in the middle of the United States and discovered by an obvious charlatan named Joseph Smith thanks to a heavenly messenger?  A planet where a male can be his own god, provided he’s impregnated enough females?  I never hear my wife voice the same condemnation of these bizarre Mormon doctrines; rather, she’ll talk about how those frickin’ Mormons screwed up her aunt and dug up her grandmother’s grave.  She’s relationship-oriented and the prism through which she sees a worldview is the people who propagate and live by it, less so the wacky ideas that fuel it.

Imagine a food guru who says that eating ice cream is the worst possible thing you could do to your body.  Then a scandal breaks out in which the said guru is caught on film eating Oreo ice cream cake like there’s no tomorrow.  Cream is running down his mouth as he looks into the camera with a sheepish expression.  “Humph!” a relationship-oriented person might exclaim.  “What a sham!  What a crock of shit, I say!”  I might think, though, that there’s validity to the idea of staying away from ice cream for healthy living, even though the hypocritical proponent of ice cream avoidance doesn’t practice what he preaches.
Posted by Der Viator at 10:55 PM