Conflict and Resolution in Ivory Coast 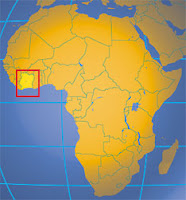 There is no easy solution to genocide and other forms of mass violence in today’s multifarious hotspots. If there were, Rwanda and Srebrenica and Darfur would not have happened. One thing is for sure, though, and that’s the need for political resolve backed with the credible threat of military intervention from the international community. There must be demonstrably averse consequences for dictators who cling to power and send out their thugs to rape, loot and murder when things don’t go their way.  Easier said than done.  Perhaps the end of the conflict in Ivory Coast last week offers a case study of relative decisiveness in stopping violence. Let’s keep our fingers crossed that the killing and raping have indeed ceased.
Until last week, a civil war raged in Ivory Coast that has claimed the lives of roughly 1,500 Ivorians, thanks to the former president Laurent Gbagbo refusing to step down after losing an election months ago.  The incoming president Alassane Ouattara had sent forces in to root him out of Abidjan, the country’s main city.  A defiant Gbagbo had holed himself up in a bunker under the presidential residence as troops who remained loyal to him committed atrocities against the civilian populace.  Well, in a decisive move that did not distinguish his predecessors, UN Secretary-General Ban Ki-moon signed off on providing air support for Ouattara’s troops bent on capturing Gbagbo.  To be sure, the fact that Gbagbo's forces fired artillery and mortar rounds into the UN compound stiffened his resolve.  UN peacekeepers were involved in the attack, but la force Licorne, or the French contingent in support of the long-running Operation Unicorn that had been established in the beleaguered West African country since the first civil war of 2002-2004, provided the real muscle with attack helicopters, tanks and armored personnel carriers.  As the former colonial power in this region, France has had a vested interest in maintaining stability.

Althought Gbagbo is now in custody, as of April 11, things are far from over.  The new president must treat his prisoner with respect, lest Gbagbo’s many supporters rise up and take revenge, especially considering the fact that Ouattara’s troops also commited atrocities in this conflict.  Gbagbo's right cheek shows evidence of some roughing up by his captors, but hopefully we won't have business as usual: gruesome torture caught on film, as had been the case in the country's northern neighbors, Liberia and Sierra Leone.  Will anything happen to them?  Probably not.


Ivory Coast had a few things going for it for an international response.  First, it’s a relatively small country.  Second, the French keep an eagle eye on their former colonies.  Finally, the Economic Community of West African States (ECOWAS) and the African Union gave full support to the election results, cutting off Gbagbo’s funding and basically disowning him.  If only African leaders demonstrated such disapproval for other dictators on the continent!  Nevertheless, one of the solutions to preventing genocidal massacres in the world is the active involvement of regional associations of states such as ECOWAS, the Association of Southeast Asian Nations, and the Arab League.  The last of these, for instance, has finally turned against Muammar Gaddafi after looking the other way for years and thus laying crucial groundwork for a legitimized NATO air campaign aimed at helping the Libyan rebels.  Relying on the United Nations or superpowers to police local conflicts usually doesn’t work and sometimes makes thing worse.  Again, Bosnia and Rwanda cast their long shadow.
Posted by Der Viator at 10:56 AM