Before the end of the world occurs next week, I thought it prudent to record my experiences during the last two months since I wrote.  Who knows?  Alien creatures might someday land on this god-forsaken planet and want to learn about these fiendish apes, otherwise known as homines sapientes, nasty little creatures that succumbed to the Mayan apocalypse because of their persistent Neolithic habits and left behind only blogs and videos for intergalactic travelers to piece together the prelapsarian past.  Anyway, autumn is officially coming to a close, and with its passing another lost opportunity to find a modicum of solace regarding the essential questions of life.  On a positive note, though, the weather has been consistently temperate, uncharacteristically so in this neck of the woods, inviting me to go running in the woods whenever I can squeeze time between classes.  My moderate physical fitness is one of the necessary bulwarks against “black care.”  I digress.  Permit me to pick up the story of this most fascinating primate, Der Viator, from the end of October to the present.


Halloween was pretty fun: nursing a bottle of Jack and watching a freakishly scary movie within the four barren walls of my small rented room.  What more could one want?  The day prior I entered one of my classrooms dressed as the “Plague Doctor,” aided by heavy metal, black leather, and a strobe light; so I guess I celebrated Halloween in my own way, whether or not the students in this epidemics course got something out of this spectacle.  Self-amusement and pedagogy don't always work hand in glove. 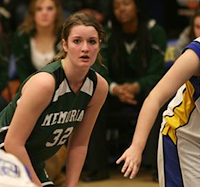 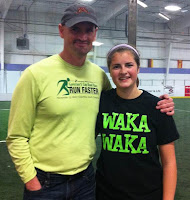 Let’s move on to family, the other bulwark.   November is a month of birthdays and of course Thanksgiving.  Moments with the entire family are few and far between these days, and perhaps all the more enjoyable and precious when they occur.  The photo at the top captures Jessi's birthday shindig at a pizza restaurant where Erika works as a waitress.  I’ve gone to a couple of Jessi’s swim meets and basketball games, as well as Monika’s off-season indoor soccer matches.  I've had the opportunity to go running with Jessi and Monika on separate occasions at my usual stomping grounds.  Last week I attended with my wife Jessi’s swim team awards banquet at the Holiday Inn.  My post-911 GI bill finally kicked in; I had transferred my benefits over to Erika to pay a portion of her tuition and other expenses.  The paperwork for this was very difficult.  If you sense me souring on the military, dear reader, I’d say you have the gift of discernment; I’ll get to this topic shortly.  As mentioned in a previous blog entry, Jessi, a high school senior, had an interview to get a congressional nomination for the U.S. Naval Academy.  She got the nomination last week!  Now we’re waiting to see if she gets accepted.  If not, Jessi has applied to other colleges, two of which seem particularly promising, to me anyway.  I think my absences from the family have perhaps taken a toll in terms of family cohesion.  Then again, as my wife suggested, the weekends end up being a bit more qualitative and focused than might be the case if I were home all the time.  Moreover, as my daughters are now in their late teens and early twenties, the family dynamic would have probably changed in spite of my periodic absence. 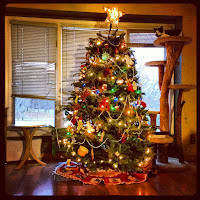 We just got back from Menards where we bought a Christmas tree.  A kindly sixty-year-old man greeted us, helped us pick one out, and netted it for us efficiently.  I cautioned Monika and Jessi to beware of such kindness in a strange man.  Next thing you know you’re hanging upside-down, naked, and disemboweled from the guy’s woodshed ceiling and thinking What the f$ck?  The girls decorated the tree once we got home.  She's a  bute, isn't she?  We used to have a plastic nativity scene that goes at the bottom of the tree, but last year the dog chewed up Balthazar, the black dude among the three magi.  We didn't want visitors to think we committed a wanton act of racial violence, so we got rid of the display altogether.  Ironically, our black lab is named Balt, for Balthazar!

In November I watched Lincoln with my wife, the best movie I’ve seen in recent memory.  In Spielberg and Daniel Day-Lewis’ hands, the viewing public perhaps sees the Great Emancipator in a new light, a man devoted to his family, politically savvy, and with a wry sense of humor.  The film focused on efforts to pass the Thirteenth Amendment, a shrewd way to make a film on such a monumental figure in history.  To be sure, there were plenty of poignant moments both in terms of cinematography and dialogue.  Tommy Lee Jones’ portrayal of Radical Republican Thaddeus Stevens was second only to Day-Lewis’ Lincoln.  General Grant plays a peripheral role, as the film is not about the war front but about politics in Washington.  Still, I like the brief Appomattox Court House scene, though I don’t recall Lincoln actually being there and having a discussion with Grant on the porch before Lee’s arrival.  I bring up Grant because he’s one of my heroes and I like Lincoln’s response to a cabinet official who is doubtful about the progress of the war.  “My trust in him (Grant) is marrow deep,” explains the President.  I love that.

On the academic front, I just finished my first semester as a full-time instructor for Hexington College. I enjoy the faculty, staff, and students most of all.  I’m the faculty advisor for the International Club.  The students planned an intercultural awareness day on campus (see photo); they set up a fun booth and dressed up to represent their  various cultures.   The club also had a potluck movie night a couple of Fridays ago; it was fun.  I’ve been selected to participate in a program about bringing global issues into the classroom (or internationalizing the curriculum, to use the jargon).  It involves a lot of reading, online assignments, and a few days of face-to-face workshops and discussion at a university in January.  I also became the advisor for a new campus club, the Guitar Club, after a couple of students badgered me this semester.  I’ve been planning with colleagues a new course for the spring; it will engage students with the community and ultimately make meaningful connections between the university and real issues in the local area.  The work has been a chore and time is running out, but most of the people in the group are great and I love being a part of something so significant and potentially transformational!  I'm probably the least experienced in this group, but I enjoy the challenge.  Lastly, I had the good fortune of co-teaching another course this past semester with two faculty members who know their stuff.  I learned a lot. 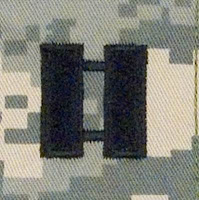 Let me briefly touch upon military matters. I’m nearly sixteen months into my command time, and counting.  Other company commanders in the battalion are bailing after eighteen months, which I understand is an option. (Normally a command position lasts two years, sometimes three.)   Some of them have conceded that I have the toughest job: a headquarters detachment commander.  This kind of command poses particular problems, but I won’t get into them here.  I'll stick it out for the full tenure, as I want to leave the unit with certain objectives having been accomplished; moreover, I'm not ready to make a change until at least the summer. My tentative plan is to jump into the National Guard in the state where I currently teach.  I've had to give the boot to a few soldiers, as they haven't complied with Army standards for years.  It wasn't pretty.  They whined, cried, yelled, stabbed the air with their fingers, cajoled,  questioned my leadership, threw the blame on others, and otherwise refused to see the writing on the wall.  It's as if they were demon-possessed victims and I was the exorcist.  The more I confronted them with the truth, the more they hissed and howled.  At the top of November I had a four-day battle drill weekend at “Fort Elroy,” involving SRP (Soldier Readiness Processing), weapons qualification, and the physical fitness test.  I had to make arrangements for one of my classes, as I had to leave early on a Thursday.  A colleague generously helped me out by showing a documentary for my class and taking attendance in my absence.  I don’t like missing class, and this was the only time.  I told myself I’d never let my military duties interfere with my civilian job.  As it turns out, I’m on military orders for this upcoming week, which is finals week at Hexington.  But that’s okay, because I’m not giving a final and I need this time with my first sergeant to get my military house in order.

Music is a last defense against a “sea of troubles.”  Would that I had more time for it, but I no longer have much of a creative impulse anyway.  Apart from those occasions when I bring the guitar into the classroom, and notwithstanding the aforementioned guitar club, I’ve spent little time playing music, though listening in my car during long drives provides some panacea for my bemuddled soul.  Yet I managed to write a song a couple of months ago, something I haven’t done in ages.  Also, earlier this week I tickled the ivories on a grand piano tucked away in a basement hallway. Yesterday Monika and I sang songs together at the top of our lungs and she accompanied my guitar with the xylophone on a cover of Gotye’s “Somebody That I Used to Know.”  Fun.

Well, this concludes my little report.  Let me now turn to you, the reader, and express my thanks for your support these past three years. We’ve laughed together, we’ve cried together.  So often I've wished I could just reach through this laptop screen and touch you (not sexually).  It's like we have some kind of a bond, no?  Well, maybe not.  Anyway, I don’t know who you are, but I love you (not literally).  If we don't make it past December 21, I hope to see you on the other side.  And to any future alien invaders reading this: First off, how did you decipher our language?  Second, welcome to a world that was once ours but is now a smoldering ash heap of charred civilizations and extinguished dreams.  Enjoy (not really).
Posted by Der Viator at 7:23 AM