Whiskey Cured Me of My Existential Crisis 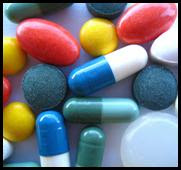 Do you ever feel alone even in a crowd? Do you see yourself as some kind of phantom that goes through the motions of daily living and that's detached from the ostensible world of reality? Do you question whether there is a reality outside your mind?  Do you feel like an observer of your own life rather than an active participant in it? Do you identify with Meursault in Albert Camus's L’Étranger, realizing that society has certain expectations of you, for you, that are artificially imposed? Do you ever see yourself imprisoned in a solipsistic universe and everybody else is merely a prop, a backdrop, for your own sick theater of the mind? Have you ever wondered if everything you’ve ever known, been taught or held dearly was nothing more than a façade to make this meaningless life livable? Do you ever wonder if you’re just a parasite living inside the left testicle of a gigantic llama from another universe?  Well, not me, not anymore.

When I inadvertently mentioned to my general physician my misgivings about the life that I'm living, he diagnosed my melancholy as suffering from bipolar disorder and a severe lack of serotonin, so much so that on the spot he prescribed for me a vast array of anti-depressant drugs in a neat variety of colors with variously sized capsules. But I think he was too apt to mistake the symptoms of a deeply rooted psychological problem for a quick-fix biological remedy. Nonetheless, I still took my medication, if for no other reason than that I told myself I'd do whatever I could, follow any kind of advice and counsel. I followed up on his instructions probably more so because I didn’t want anyone objecting later that I didn’t try to find a solution to my crisis than because I harbored any real expectation that these so-called remedies could help. Besides, I thought the pills were so cool-looking.

After I ran out of meds, and concluding that they had no effect other than making me limp and producing a purplish rash all over my body, I was quite proud of myself in seeking an alternative. For a while I underwent cognitive behavioral therapy on the recommendation of my general physician. After just a few years of the therapy, however, I deemed it no better than the medical treatment I had received earlier. It seemed like my therapist, whom I’ll refer to simply as “Felicia” for the sake of confidentiality, was being rather reductive, searching for a cause and then proscribing some weekly assignment like keeping a diary of my feelings or reminding myself at certain times of the day that I can turn my funk around with positive thinking. I told Felicia about my doubts in her treatment during dinner one evening. She was at first dismissive, then she took it personal. She not only dropped me as one of her clients right then and there, but she dumped me as her lover. But that's okay; I had another solution to my problem.

I was so distraught by this experience. I was getting quite pathetic, to be honest, but I admit that I often succumb to a woe-is-me attitude; hypersensitivity is my default mode. So not only did I continue having these deep-seated queries in my primate brain about life’s meaning, but in matters of the heart I felt forlorn and forsaken. After Felicia stormed out of the restaurant (leaving me with the bill), I had another drink….and another. Before I knew it I was stumbling into the hotel bar and ordering a double shot of whiskey. You’ll perhaps find this hard to believe, but I had drunk alcohol only one time in my life, in my early twenties, but it was a bad experience. I woke up in a swimming pool somehow in a cowboy outfit from the waist up and only my birthday suit from the waist down. I would have drowned were it not for the pony-shaped flotation device that I was slunk over (plus my friend’s sister and his girlfriend pulling me out onto the back patio). However, though I was making an ass of myself at the bar and my speech was evidently slurred to the point that no one had a clue what I was saying (as the bartender informed me a few days later when I stopped in to pick up my wallet that I left behind), I had forgotten about my existential crisis. My inner demons seemed to leave me alone when I was drunk. Well, that's not entirely true, for there was one persistent little devil hiding in a dark corner of my mind—a question about the "undiscovered country" and a fear of non-existence.   But another quick swig of the juice took care of that little fiend.  For the most part I didn’t think about a meaningless universe and my insignificant life. My only lingering concern was whether I would ever get out of this damn llama (if I am inside one, that is).
Posted by Der Viator at 10:41 AM